Walt Liquor was born and raised in the San Francisco Bay Area. In his short time on this planet, he has played many roles in the music scene. As the artist/ producer, Eclipse 427, he was instrumental in the formation of the Bay Area indie hip­hop explosion of the late 90s. The foundation he helped to lay became the platform for artists like Murs and, The Grouch of the Living Legends, Hobo Junction, Zion­I and scores of others.

As a talent manager, he guided the careers of Grammy­ nominated talent like Mystic, and Planet Asia, as well as producers Supa Dave West (De La Soul, Talib Kweli) and Grammy Award Winning Jake One (Jay­Z, Drake, Rick Ross, Dr. Dre), and, and was part of the management team that discovered multi­ platinum rock group Maroon 5.

But if you ask Walt, he’ll tell you that his first love in music is DJing. He started spinning records at 12 years old. His parents will be quick to tell you about all of the records and equipment that he destroyed until he got him his own. “I started spinning my friend’s birthdays and house parties for $50. Soon, I was deejaying all of the dances and rallies at my own jr. high school. I was the only kid in the school who was on the school’s payroll.” Walt remembers. “Before I even left jr. high, I began to DJ rallies and dances for high schools in the area, and by 15 years old, I was DJing at the local nightclubs.”

By Walt’s senior year in high school, he began performing, producing, engineering, and releasing his own records. That’s when live DJing began to take a back seat, although he would still hold down the stage around the globe deejaying with Planet Asia & Rasco (as Cali Agents and solo artists) and Mystic (Europe, Canada, North & South America, and Asia).

Twenty years after he began his musical journey, Walt Liquor has returned to his first love in music, two turntables and a mixer. You can catch him at various clubs and hotspots around the world or on the airwaves at KBRQ 102.1 in San Francisco. Walt Liquor plays a fearless blend of Hip­Hop and R&B Classics, Electro, Soul, Disco, Funk, Top 40, Rock, Reggae, Downtempo, and Mashups that is guaranteed to excite any crowd into a frenzy. His mission is to keep the party rockin’ while pushing the boundaries set by traditional DJs. 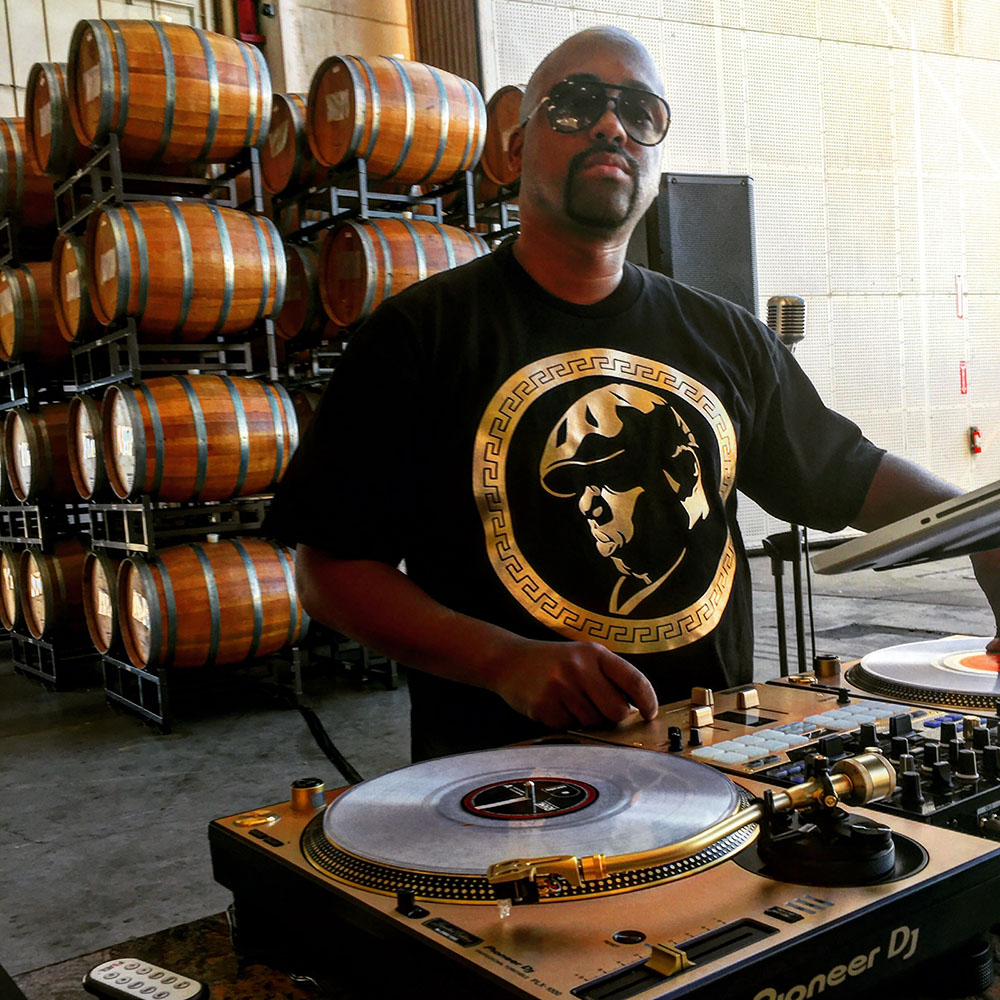